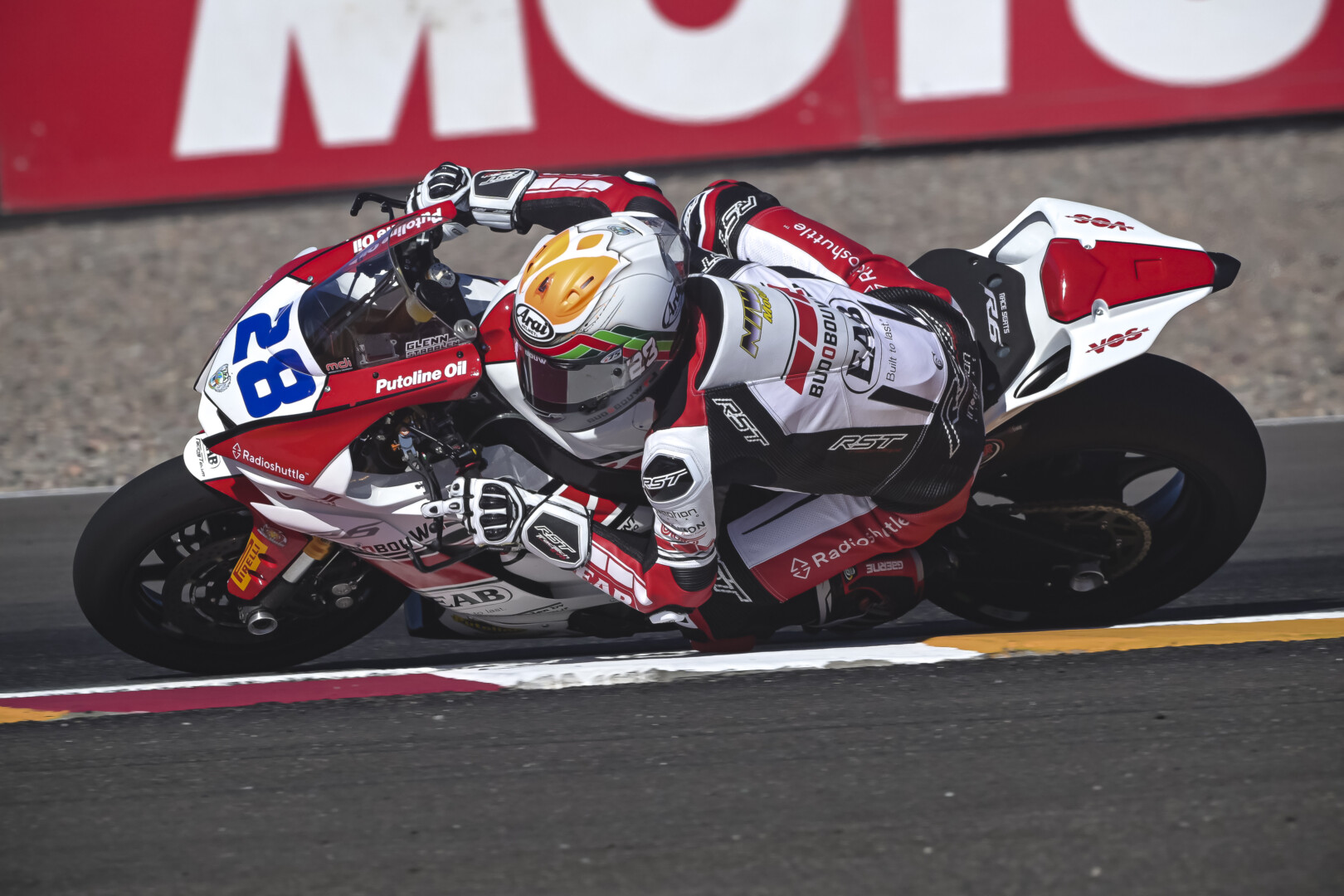 In the weekend of October 21 to 23 the FIM Superbike World Championship was hosted in Argentina. We raced on the Circuito San Juan Villicum circuit. It was the tenth race weekend and the first overseas race of the year. It was a difficult weekend for Glenn van Straalen and the EAB Racing team. In race one Glenn crashed out early and scored an eleventh place in race two.

Glenn had a tough opening day on a sunny San Juan track. During the two free practice sessions we worked mainly on the set-up of the Yamaha YZF-R6. The young Dutchman struggled to find the right speed and did not have the right feeling on the bike. We saw Glenn in 11th overall after the first day.

Because Glenn hadn’t found the ideal setting on Friday, this had to be done in the twenty-minute Superpole session. At 11:25 am local time the lights went green for qualifying. The Yamaha rider went straight out and was able to make progress from the first moment compared to Friday. Good progressions were made during this training but it was still not perfect. The 22-year-old rider qualified in eighth place on the grid for the races to be held later in the weekend.

The first race of the weekend started on Saturday evening at 6:30 PM Dutch time. Unfortunately, it was a very short race for Glenn. Shortly after the start of the race, he had a crash in turn seven coming up the straight. He got contact with another rider. It was a nasty crash, in which Glenn fortunately did not suffer any injuries.

In the second race, the 22-year-old rider got a good start and rode a good opening lap while maintaining his position. It soon became difficult for the Yamaha rider, causing him to lose ground on the group in front of him. As a result, the EAB Racing Team rider had a steady race and was in ninth place for a long time. On the penultimate lap, Glenn made a mistake and lost two places. He crossed the finish line in eleventh place.

Glenn: “It was a difficult weekend here in Argentina. On Friday I couldn’t make the progress I wanted and we were too far off the front. Due to some adjustments, the feeling during the Superpole on Saturday morning was better. I was able to improve and qualified in eighth place. In the first race, I crashed during the opening lap. It was an unfortunate situation, which luckily got me unharmed. In the second race I had a good start, but it was difficult to keep up with the leading group. It was a difficult race, in which I unfortunately lost two places in the penultimate lap. In any case, we will take home a few points and focus on the next round in Indonesia. Thanks to the EAB Racing Team for this weekend.”

In three weeks’ time we will be back in action. Then it’s time for the Indonesian round on the Pertamina Mandalika International Street Circuit from November 11-13. Immediately followed by the season finale on the spectacular Phillip Island circuit.